ESPN calls Jackie Robinson's first contract with a Major League Baseball team from 1947 "[t]he most significant document in Major League Baseball history," and reports that it's going to be hitting the auction block for the very first time next month. On November 16th, the bidding will conclude at the Jackie Robinson Museum in Manhattan, where the document is expected to fetch millions. 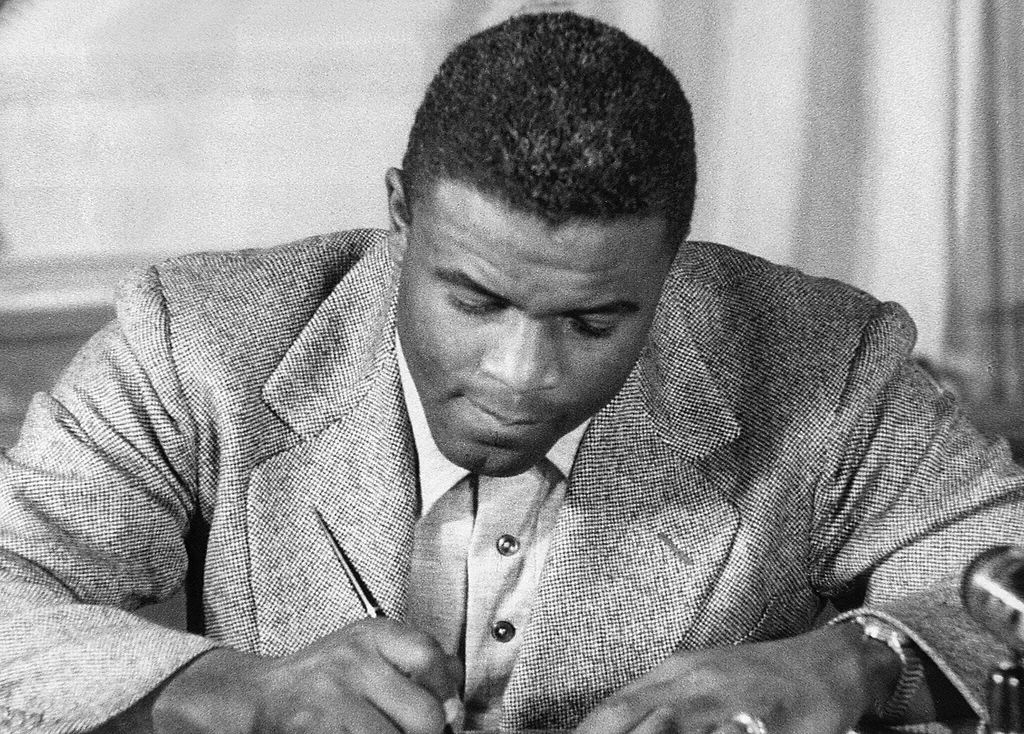 How much Jackie Robinson's first MLB contract, signed with the Brooklyn Dodgers in an event that broke the racist color barrier in baseball for the first time, is actually worth is a matter for the interested bidders to decide. But in 2013 the contract's consignor Collectors Cafe had it appraised alongside Robinson's 1945 contract with the minor league Dodgers-affiliated Montreal Royals, and they were found to be worth a total of $36 million. The documents' appraiser Seth Kaller was exuberant about the documents' value at the time:
"These contracts cannot simply be described or valued as sports documents. Their effect on American history, and even the world, transcends the bounds of sports. Jackie Robinson's contracts are documents of freedom in the same vein as the Declaration of Independence, the Constitution and the Emancipation Proclamation."

Adding to the contract's value is the fact that it is the only known copy still known to exist, as both MLB and the Dodgers say they don't have one. The copy in question was (naturally) Robinson's before it became a historical artifact, then ended up in the hands of the Brooklyn Historical Society. An anonymous hedge fund manager purchased them from the BHS, and that's who Collectors Cafe got it from, and how it ended up at auction in October.
The signatures on the contract are Robinson's, then Dodgers general manager Branch Rickey, and then Major League Baseball commissioner Ford Frick, and reflect's Robinson's $5,000 for his rookie season. Ten percent of the proceeds from the auction will go to the Jackie Robinson Foundation.